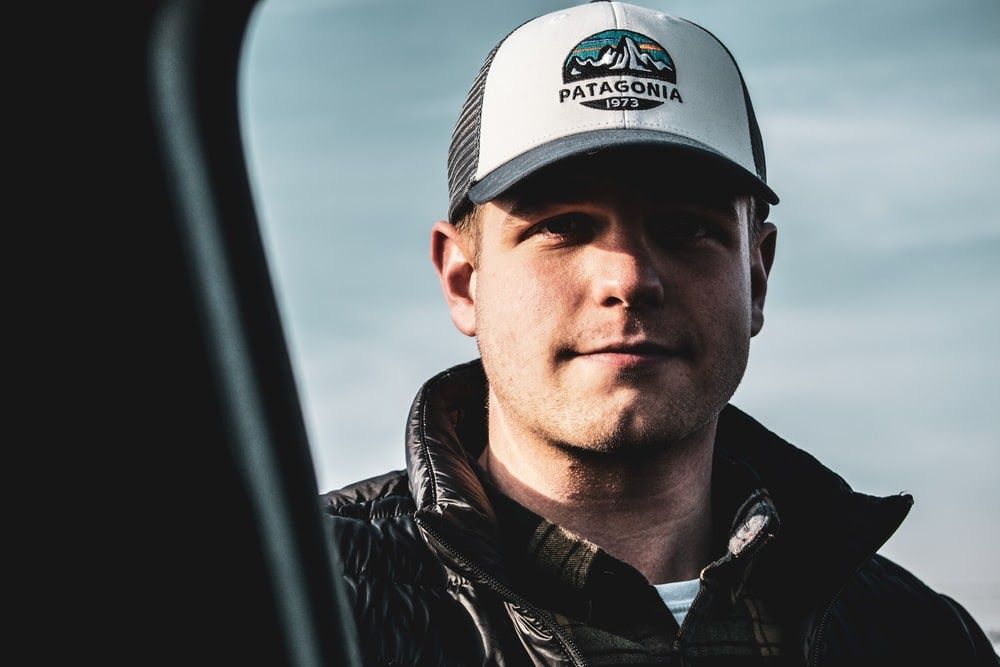 We not only love trucker hats for the core functionality of keeping the sun out of your face but also because they’re extremely stylish and can make your outfits look uber-cool. So, what’s the hype about retro trucker hats for men? Let us find out!

What are Trucker Hats?

If you are new to the world of trucker hats for men, let us first introduce you to them.

The front section of a trucker hat is usually made of foam and sometimes, cotton twill. While the back section is made of plastic mesh. The best trucker hats for men come in a variety of styles and brands. They come in high, low, and mid-profile depending on the needs and desires of different kinds of men who purchase them.

The Camo Foam Front Trucker Hat: OTTO Cap 49-131 is one of the best vintage trucker hats for men. It comes printed with an Orange camo pattern on the front visor section, and the back is covered with black mesh.

A 5-panel high-profile trucker hat, this one is made of 100 per cent nylon mesh in the back and 100 per cent polyester in the front. An extremely comfortable trucker hat, it has a front foam panel with lining, matching colour braid and undervisor, and adjustable snap closure.

If you are looking for retro trucker hats for men in bright colours, this one should be your go-to pick!

If you are used to doing heavy-loaded labour and need a trucker hat to protect your face from sun and dirt, the Carhartt Men’s Rugged Trucker Hat should be your pick. A slightly high-end trucker hat, this one features a sweatband that has FastDry technology. Therefore, it is best suited for outdoor occupations. It wicks away sweat and also fights odour.

Besides, the trucker hat has a medium-panel design with a slightly curved back visor and split-panel front. This will keep the heat away. And, the Polyester mesh will help you cool down. The best part about this trucker hat is that it comes with an adjustable plastic snap closure.

As you may know, the Patagonia trucker hats for men are the most well-known and beloved among trucker hat fans. A classic trucker hat for men, the Patagonia P-6 features a polyester mesh back and organic cotton front. The material of this trucker hat is very lightweight and breathable. It is made from fully traceable, 100 per cent recycled fishnets.

Not to forget, it also comes with an adjustable snap closure. Choose a colour that is a solid block with the iconic Patagonia logo. And, if you are feeling funky, you can also mix up the colours on the mesh panel.

What makes the Richardson 112 so great is that it is cheap and is available in 90+ colours.

One of the best trucker hats for men, the Flexfit 6511 has an innovative elastic trucker mesh that provides ultimate comfort. A well-structured, mid-profile, 6-panel trucker hat, the Flexfit Trucker hat is made of 2 per cent spandex, 43 per cent cotton, and 55 per cent polyester. It has a permacurv visor featuring a silver undervisor.

The Flexfit 6511 is available in 33 solid customizable colours and also two-tone and Multicam colours to choose from. The price point is pretty cheap for such good-quality retro trucker hats for men. The Flexfit 6511 won’t disappoint!

Last but not least, we have one of the best trucker hats for men, the Coal Headwear Wilderness Trucker. Available in a classy corduroy division, the Coal Headwear Wilderness Trucker features sleek brushed cords in an olive green colour that represents the spruce trees. The signature mighty bald eagle symbol is what makes this trucker hat stand out.

A great fall season shoulder hat, the Coal Wilderness Trucker is one of the best trucker hats for men. The corduroy back will keep you way warmer than any mesh will. Not to forget, it also comes with a flat brim and adjustable snap closure.

The price point for the Coal Wilderness Trucker Hat may be a little on the heavier side but it is absolutely justified given that it is of durable quality and comes with a lifetime warranty. These were some of our recommendations for the best trucker hats for men.

Also Read: How To Fit Into Baseball Hat Of Any Size?