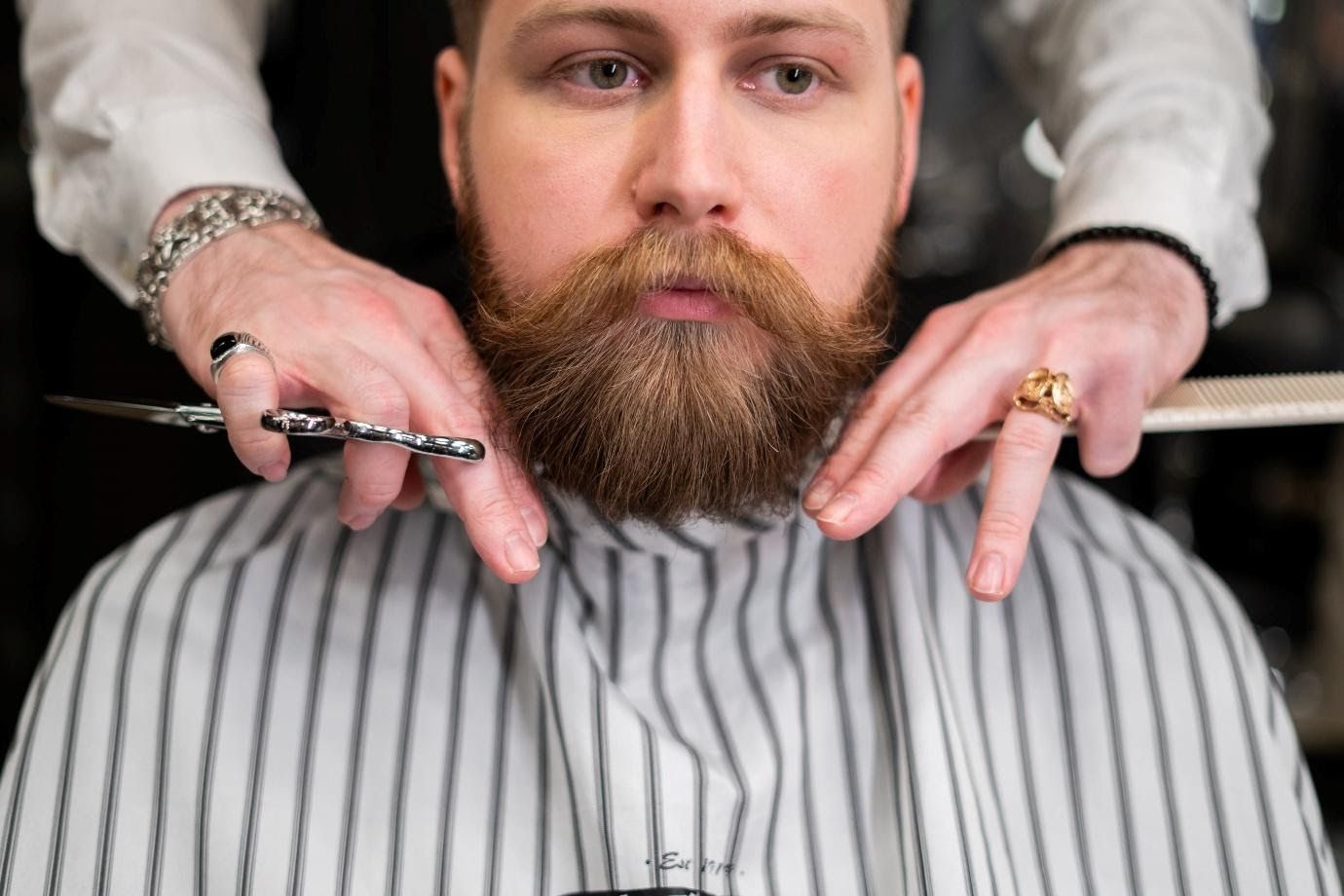 To cut, or not to cut? That is the question, isn’t it? But jokes apart, imagine being imprisoned for shaving your moustache? No, certainly, we are not joking! Between 1860 and 1916, the British Army soldiers were in fact forbidden from shaving their moustaches or else it would have been considered a breach of discipline. Before we go on to suggest some epic moustache styles, let’s indulge you in a brief history of moustaches.

Archaeologists believe even cavemen shaped their facial hair into moustaches using shells and tweezers. But the modern mustache came into being in Elizabethan England. In a heavily bearded time, King James I and his son King Charles I set themselves apart as regal with their respective handlebars. After both mustaches were depicted in the art of the time, the masses copied them in an attempt to achieve the same distinguished look.

As Britain moved away from Puritanism, the mustache remained a symbol of status and a far more manly affectation. King Charles II, who ruled with a mustache in 1660 until 1685, is featured in portraits with one in his early teens, not surprising for one who had fought his first battle at 12. During the late 17th Century, beards fell spectacularly out of fashion in Europe – helped in Russia by Tsar Peter the Great’s ‘beard tax’ – and as a result moustaches flourished. By the early 1800s moustaches were flamboyant, curled and often carefully sculpted to link up with excessive sideburns.

By the end of the 19th Century, beards were finally out of fashion, except amongst older, conservative men, thanks to the discovery of bacteria and newspaper reports that linked germs with beards. World War I forced the soldiers to shave off their moustaches because the seal on gas masks wouldn’t work with beards or moustaches. Only certain ranks in the military were permitted to grow moustaches. When the World War ended, a moustache revolution began. Men who had been forced to shave every day now grew them with abandon. The moustache became ubiquitous with the modern man. After World War II toothbrush moustaches(picture Charlie Chaplin) fell out of fashion, and a new style of facial hair came in vogue called the handlebar moustache.

The handlebar moustache was the symbol of the bravest heroes of the war: the fighter pilots. In the 1960s and ‘70s, beards were back with a vengeance and, once more, the moustache faded into insignificance, but in the 1980s its limelight returned. At the turn of the millennium, moustaches, unsurprisingly, had again fallen out of fashion. It came back to prominence in 2003, with the famed Movember movement, which aims to raise awareness about men’s issues. And then, it just took off!

“Like all facial hair, the moustache is cyclical,” says Dr. Allan Peterkin, author of One Thousand Mustaches: a Cultural History of the Mo. During periods of unpopularity, Dr. Peterkin says, the mustache has been associated with 3 Fs: fiends, fops and foreigners. But it has never really gotten out of favor. Thanks to globalization, in this world of hypermasculine men, lumbersexuality has become quite the fashion fad and so has the moustaches. The longest moustache measures 4.29 m (14 ft) and belongs to Ram Singh Chauhan from India. Take that for a record! And till you wrap your heads around this insane record, let’s look at some of the classic moustache styles.

Some Classic Types Of Moustache Styles

But before that let’s look at this infographic which shows the different types of moustaches.

Chevron Moustache– Popularized by actor Tom Selleck, the Selleck moustache (also known as the Chevron moustache) is the quintessential mustache style. It follows the shape of the upper lip, resulting in a natural mustache that has a slight upside-down V shape. It’s ideal for anyone who has never worn just a mustache. It’s a natural style that requires minimal grooming.

Dallas Moustache – With its hint of the cowboy, the Dallas has long been one of the most confidently masculine trimmed mustache styles. Mostly a messier, longer and scragglier version of the Selleck moustache, this version should not be too neat, but rather rugged and less groomed. It’s ideal for square faces with a strong jawline.

Walrus Moustache – The walrus moustache is undeniably a huge statement. Big in the 19th century and earlier part of the 20th century, this look also enjoyed a revival in youth counterculture revolutions of the 1960s. At a minimum, a solid walrus will take 6 months to a year to grow. During this time, the hair will begin to hang over your top lip, giving the desired ‘walrus’ trademark. But be warned, not every man can grow a walrus mustache. You need a long terminal length on your mustache hair, and this is something that is controlled by your DNA.

Pencil Moustache – The pencil mustache was the choice for legends of the silver screen in the 1930s and 1940s. It was devilish, dastardly, basically the stuff of dreams. Remember Brad Pitt’s badass look in Inglorious Bastards- that’s the classic pencil moustache. However, please note that this style tends to look best when you’re dressed up in formal wear, especially a tuxedo. The pencil works best for black or dark brown hair.

Handlebar Moustache – Ah! The classic! The moustache style of choice for all the modern hippies and the creative-minded people. The standard handlebar is thick with the handles, or ends of the moustache, grown long. The moustache is waxed with the ends shaped into fine points. The handles curl out over the cheeks and back towards the middle of the face. A full handlebar mustache requires significant length and can take six months or longer. It needs meticulous grooming and again, it’s not for everybody.

English Moustache – The English moustache is royal, distinguished and aristocratic. It is mostly the same as the handlebar mustache, with the only difference being that the handles are not curled. Instead, they are waxed horizontally and shaped to a point. Again, it requires a good heal of grooming and trimming.

Horseshoe Moustache – The horseshoe is the American muscle car of moustaches. It’s big, loud, and and absolute American favorite. Remember Hulk Hogan or Samuel L. Jackson from Pulp Fiction. The horseshoe is a thick, full mustache that connects to 2 vertical strips of cheek hair grown parallel to the mouth and extending to the jawline. To make it easier, just take a circle beard and shave just the chin part—that’s a horseshoe. It will take a solid 3 to 6 months to get the required thickness in the mustache and cheeks.

Hungarian Moustache – The big daddy of all moustaches. It’s the stuff of legends. Part walrus, part handlebar, and 100% epic. It’s a big, swooping handlebar that sits lower on the cheeks owing to its imposing size.

The Hungarian mustache is grown like the walrus and then shaped to have long, swooping handles. It may take up to a year to get the length needed, and unfortunately, not everyone will have it in their DNA to be able to do it.

Lampshade Moustache – The lampshade gets its name from its trapezoid shape, well, it looks like a lampshade. This style is often labeled as a cop ‘stache as this is the official style for servicemen- cops and the military included. For most servicemen, a moustache is the only facial hair permitted. However, it cannot extend wider than the edge of the top lip, higher than the bottom of the nose, and the hair cannot touch the upper lip. Moustaches also must not appear to be chopped off or bushy, so the length is kept short.

And with that, we come to the end of our list where we listed 9 different moustache styles. Hope this is of help to you. Try and experiment with these types of moustaches. You’ll be sure to lift your Swag-game a few notches higher.