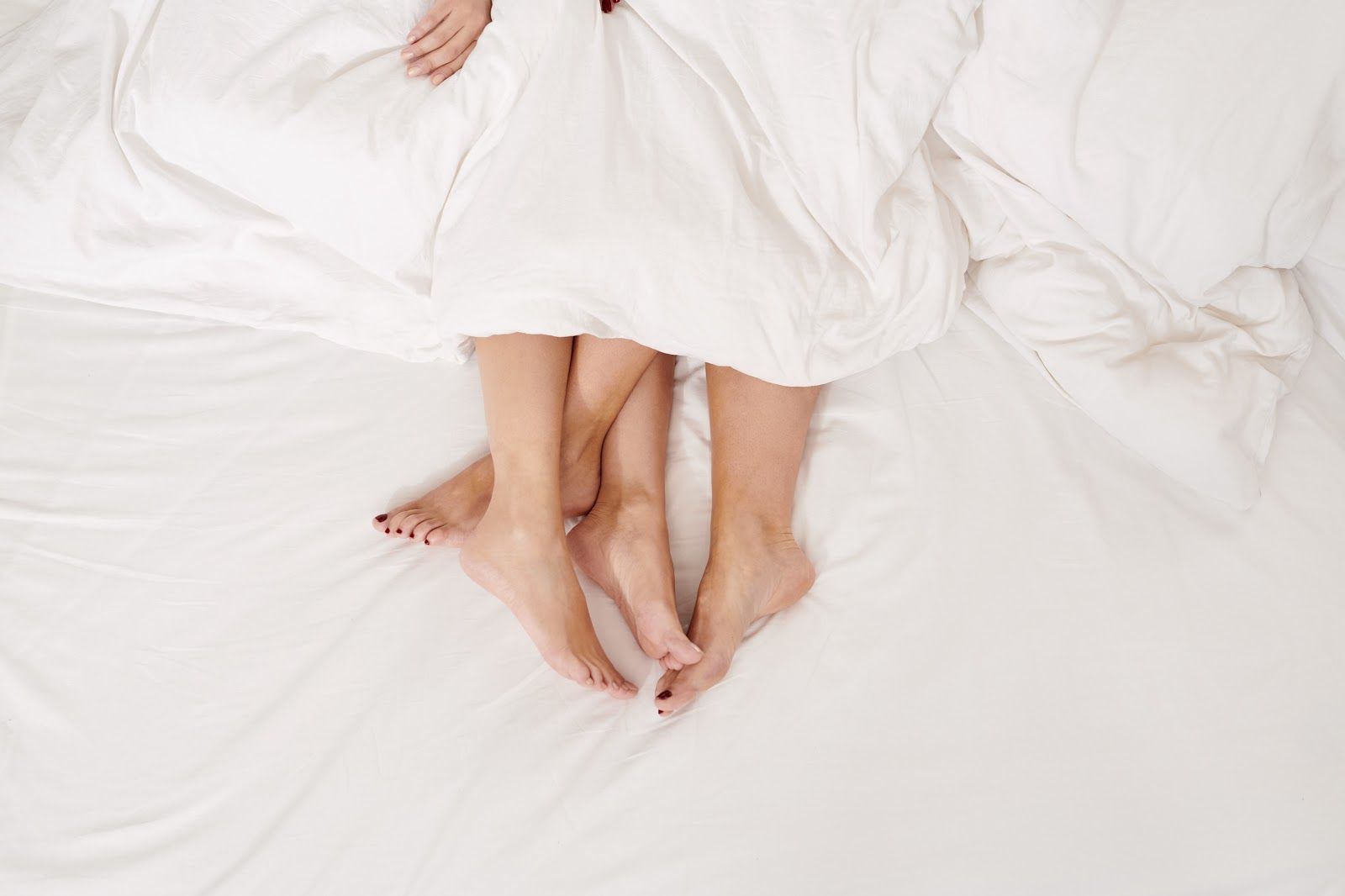 The Amazon Sex Position: Level Up Your Sexual Pleasure

We always try to bring novelty into our daily inane life experiences, so why not on your sex lives, right? Following the same sex routine and doing it in the same position can get tiring and boring. So, if you and your sex partner are interested in leveling your sex life, there are a plethora of new sex positions that you can try. One of them is the Amazon position.

The name might sound surprising or even bizarre, but it could be an allusion to the female Amazonian warrior. So, let’s understand what’s so great about this position.

What Is Amazon Position? And How To Master It?

As per the allusion to the female Amazonian warrior, this position might seem to empower the female partners of the relationship. The Amazon sex position is often considered to be a middle point between missionary and cowgirl, where you lie down on the back with your knees bent, a sort of a table-top position. On the other hand, your female partner will lie on top of you, between your legs where you can lower yourself onto them, slowly and gradually, holding their knees for balance and balancing yours at the same time.

As such this is a bit of a complicated position, you and your partner will take some time to master it. However, the key here is to take things slowly initially. There should be no rush as it could lead to serious injuries. You can take your time to get your balance and get steady before you begin your way through it.

According to some sex health experts, if you move in quickly or rush your way through it, you could break your penis. Apart from this, you also need to find the right angle so it helps you to balance and helps in lasting the pleasure for a long period. If you find any difficulty in finding your ground, you can ask your female partner to lay her hands on the bed and you can lay more flat on the bed. Like all the other things in life, you will also ace this with a bit more practice!

One of the best things about this position is that it does not follow the conventional gender roles which are prevalent in other sex positions. This one, like the cowgirl, displays the dominant role of a woman, which can be incredibly sexy for both partners.

There are two main variations of the traditional Amazon position, namely the kneeling Amazon and the reverse Amazon.

Kneeling Amazon is the version wherein the female partner, instead of squatting over you, will bend her knees which will take some pressure off of the legs. On the other hand, the reverse Amazon asks your female partner to show her back to you and sit on the opposite side. Some say that this version is much more difficult than the traditional ones, but this one is much easier. You will only know when you try it!

What Are Myths Associated With The Amazon Sex Position?

One of the major stereotypical myths associated with the amazon sex position is that the male partner is often submissive and he often surrenders to his female counterpart. However, according to health experts, sex is a form of two-way communication, which eradicates the dominant or submissive ideas.

Another myth that is often popularized by people is that a man is benefited more from the Amazon position. However, it is a bit of a truth that not much sexual stimulation is experienced by women, but one can always try its variations to get maximum pleasure.

One way to do so is to continue in a similar position where the male partner can touch the clitoris of the female partner to stimulate her sexually. In addition to this, one can also use several sex toys like cock rings or any other which help to last sex for a longer period.

What Are The Possible Risks Involved In Amazon Position and How Can One Do It Safely?

One of the major risks involved in doing the Amazon position is knee injury or knee pain to the person who is on top. If you are already facing discomfort or pain surrounding your knee area, you might want to consult your doctor regarding this situation. You don’t want to permanently injure your knee just for pleasure or for pain.

If you are trying this position for the first time with your partner, you might also experience some strain on your penis and the suspensory ligament, which is strong tissue supporting your penis. A suspensory ligament helps you in keeping the penis at its place and also bolsters it during erection.

According to research, it was also revealed that if the person sitting on top leans a bit forwards, it can cause discomfort on the penis as it pressures the suspensory ligament. As mentioned earlier, to master this position, both partners would require an equal amount of strength and flexibility. In addition to this, people’s body sizes also matter when it comes to doing this position safely.

One of the ways that you can master the amazon position is when you talk with your partner openly and freely about what you want to do and whether he or she is okay with it or not. You and your partner can discuss the variations of the position and which one feels better for both of you.