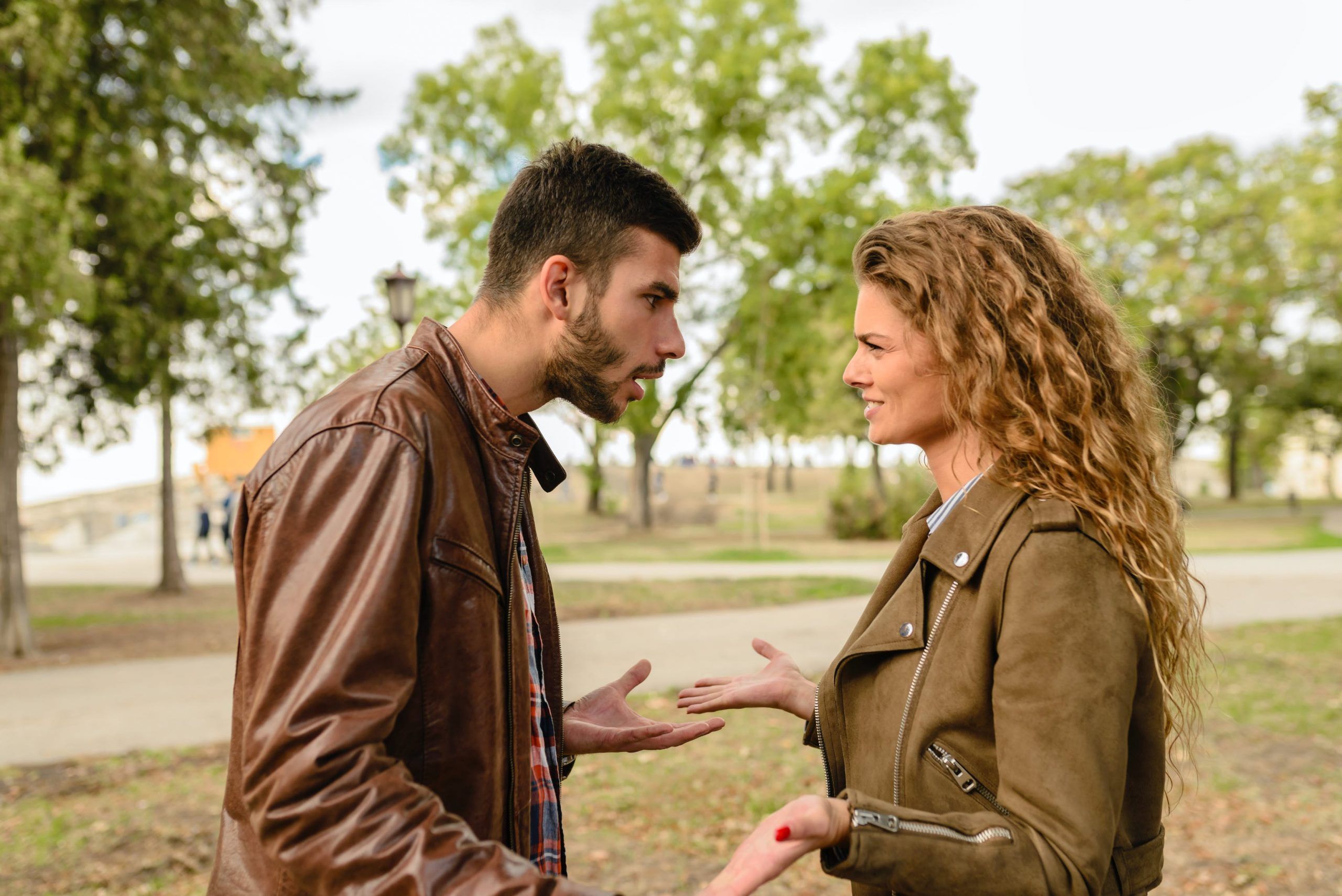 6 Signs That You Have A Controlling Girlfriend

When we saw the couples on big screens, the idea of getting into a relationship with someone we liked seemed like such an ideal dream. Some probably even imagined complete families around that one person. However we grew older and actually got into a relationship or had friends who got into one, things did not look so rosy as they did on the big screens. There were incompatible partners and ugly fights. And often a big cause behind a lot of these arguments and fights were a controlling girlfriend or a controlling boyfriend.

If you are such a person whose friends have pointed out that you have a controlling girlfriend but you don’t see it, here are some signs you can go through and see for yourself that is your girlfriend actually controlling you or it’s just something your friends assume.(Also, the same signs apply if you have a boyfriend)

6 Signs Of A Controlling Girlfriend

Here's is the list of 6 important signs by which you can know you have a controlling girlfriend:

Does she want you to not meet your friends or limits the time you spend with them? And that too for no good reason? If she does, then she is isolating you from your other connections, leaving only her to be your emotional support. This will make it difficult for you to open up to someone else if you ever want to discuss something you’re dealing with in respect to your relationship with her. Or you might not be able to hang out with your gang of friends or meet your colleagues outside work. She might or might not be doing so with a conscious planned effort, but regardless, this sign shows that she is controlling you. As a fully grown adult, you should be allowed to choose who you spend your time with.

2. She doesn’t respect your alone time

It’s one thing to care about someone and ask where they are going to and what time they would be back. But it’s a whole another thing to call you multiple times even though you have already told her where you will be and that you are fine. A controlling girlfriend will always pester you to tell her where you are, even when she already knows it because you told her just half an hour ago.

The idea of alone time is alien to her and she never understands why you would need that. She tries to always be around you. Again, it’s one thing to be in the honeymoon phase of the relationship and be stuck together; and no, it’s not the same as her joining all your activities where she has no reason to be.

3. She criticizes you a lot

Constructive criticism should always be welcomed and worked over. But always pointing out what you might lack and making you feel bad about it is a big sign you have a controlling girlfriend. If she tells you things you can work on to get better at, but in a way that it doesn’t hurt but feel like a genuine attempt to help you improve and become a better person, then you are in a good positive relationship. But if the criticism is nothing but negative and pulls you down emotionally then it’s time you realize that the relationship you are in is toxic. You don’t make relations with people who treat you badly, so why should a romantic relationship be any different?

Also Read: What Is Micro Cheating?

Yes, we do appreciate a woman who is decisive and someone can even take control of whole situations. But when this quality comes into making decisions for the whole relationship and even for their partner’s matters outsiders the relationship, then it becomes problematic. Then she is no more decisive, but she is controlling.

If she is controlling how you dress up and when you can meet your friends and family, then we’re sorry about your relationship. Your controlling girlfriend doesn’t seem to respect the idea that you are another individual and that you have a rationale to make your own decisions. Caring for and encouraging you to do a certain thing is different. If she gives out good reasoning and does not push decisions and her choices on you, then it isn’t controlling. It’s a fine line you must learn to discern a difference between.

5. She snoops into your phone messages and call history

This, again, is one of those behaviors which for some reason has been normalized in today’s relationships. We see it as a part of building trust. But actually, the real trust would be when you do not need to check-in into each other’s phones. This is something completely opposite to what people assume it is a part of. If your girlfriend is regulating who you are having conversations with, then you have a controlling girlfriend. This is somewhere along the lines with the first-mentioned sign of isolating you.

Some partners justify this action by saying they get jealous easily. Not a very good explanation, but just another sign of he or she wants to control you. Jealousy stems out of the mentality that your partner only belong to you; when in reality you two are two different individuals and both should be free enough to make choices for themselves – whether about how much skin they want to expose or who they talk to or even when they want the relationship to end if they think they suit better with another person.

6. She is unwilling to see your perspective

You two never seem to be able to have a mature healthy conversation about anything. She wants everything to be her way and isn’t ready to see things from your perspective. This unwillingness to see your point is one of the biggest tell signs about a controlling girlfriend.

What you choose to do after you have realized that you have a controlling girlfriend is up to. We are not your controlling girlfriend who will tell you what to do. You can either choose to address her underlying psychological traumas which have caused her to become the person she is today. Or you can choose to break up and ask her nicely to deal with her issues and maybe offer to help as a friend, only if you can do that.