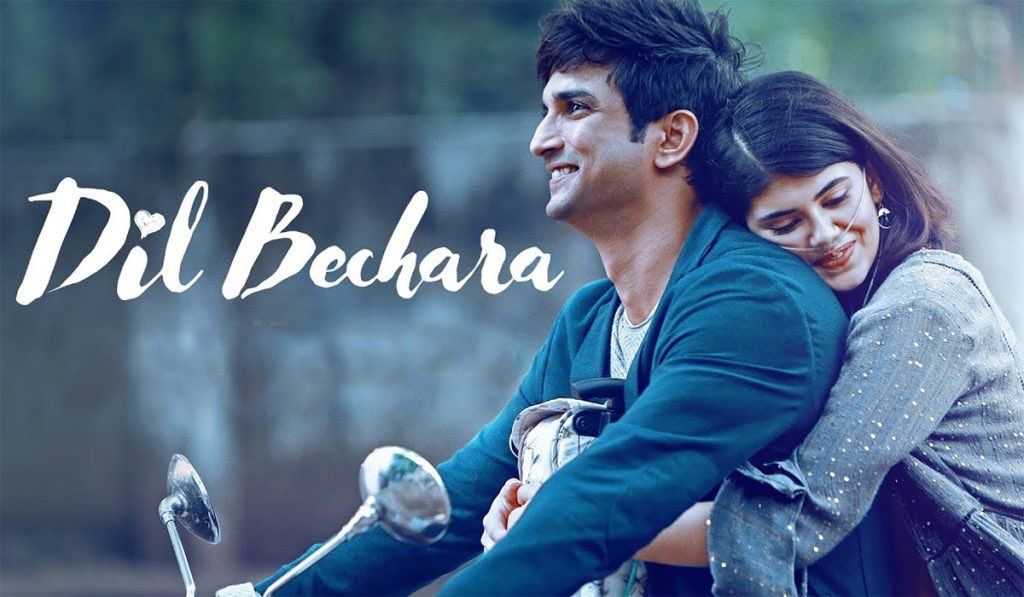 ‘Dil Bechara’ was the last movie that featured the hero of the Bollywood film industry, Sushant Singh Rajput who died on June 14, 2020. The movie had started streaming on the OTT platform of Disney+Hotstar on July 24, 2020. In honor of his death, Disney+Hotsar provided free access to everyone to watch the film with or without a subscription.

Although on its release, the movie received mixed reviews from the critics, the movie has etched a lifetime impact on people and people will never get tired of hearing ‘Dil Bechara’ quotes. Despite the flawless running time, excellent performances of Sanjana Sanghi, story, soundtrack, people criticized the movie for its dearth of emotion, cohesion, and comprehensive narrative.

This coming-of-age romance film was directed by Mukesh Chhabra, written by Shashank Khaitan and Suprotim Sengupta, and produced by Fox Studios. As we all know, ‘Dil Bechara’ has been inspired by John Greene’s book, ‘The Fault In Our Stars’ where Emmanuel Rajkumar, whose character was played by Sushant Singh Rajput and Kizzi Basu whose role is played by Sanjana Sanghi are terminal cancer patients.

The movie ends with the death of Emmanuel Rajkumar which often brings tears to the eyes of the audience. One of the best ‘Dil Bechara’ movie quotes that had stirred everybody was when Emmanuel Rajmuar said, ‘ Janm kab lena hai aur marna kab hai hum decide nahi kar sakte, par kaise jeena hai vo hum decide kar sakte hain.’ (We cannot decide when we are going to be born or die, but we can always decide how to live our lives)

This ‘Dil Bechara’ dialogue had forced everybody on social media to share their feelings and open up about how badly they were hurt by the actor’s unfortunate demise. Fortunately, this is not the only quote that we can use to lighten our day and bring some motivation back in our lives.

However, before we begin enlisting some of the motivational and deeply-moving quotes of the movie, let us know some of the facts about the movie that you probably didn’t know.

Here are some of the most compelling and inspiring ‘Dil Bechara’ quotes that will help you get through the day.

Top 14 Dil Bechara Quotes To Motivate You About Life

These are some of the most thought-provoking and deeply moving ‘Dil Bechara’ quotes, which will never fail to arouse the memory of the actor who gave his all in the movie.

We will always miss you, Sushant!