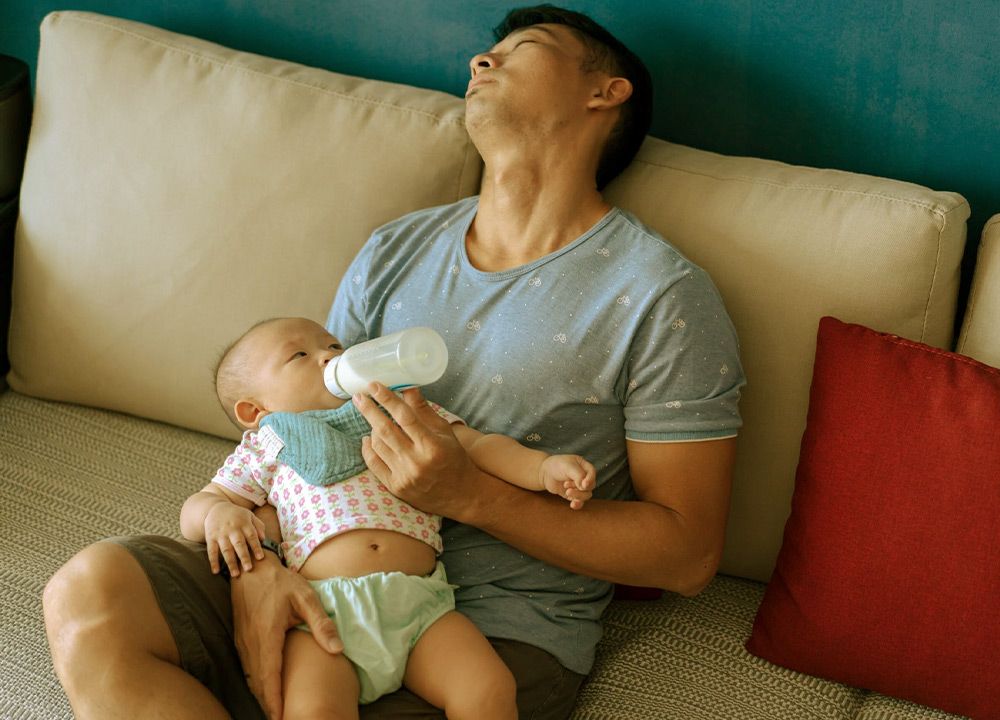 How to Fight The Tired Father Syndrome

You may have heard the phrase "malicious parents' syndrome" before but have no clue what malicious father syndrome entails. In any event, we'll go through this relatively new term in-depth to better understand this so-called syndrome and how to treat it.

Before getting into the subject of malicious father syndrome, it would be best if we first understand precisely what malicious parent syndrome is all about. So, shall we?

The parent who appears to go out of their way to harm the other parent has a name. While the pattern of behavior demonstrated by a parent during or after a divorce has been dubbed "malicious parent syndrome" by psychologists, there is still a lot of research and study into the phenomena and how it negatively affects children.

Malicious parent syndrome is currently defined as cruel and vindictive actions taken by one parent to harm the other parent during or after divorce or separation. The actions are a form of punishment and can become so harmful that they are often afflicted with child abuse or defamation suits between parents.

What is Malicious Father Syndrome?

Now that we all know what malicious parent syndrome is, I believe it is quite simple to deduce what malicious father syndrome may be. The father is generally the perpetrator in this condition, while the woman and children are the victims; nonetheless, there is equality in this scenario because malicious mother syndrome also exists.

It's a condition in which a father tries to destroy his partner's bond with their children when they're going through a divorce or the children are in the care of both parents. Fathers criticize their parents and do everything they can to make their offspring despite their mothers.

What Can Make You a Malicious Father?

There are several causes for the father's spiteful behavior, which we will go over one by one:

Men have a harder time getting over a divorce or breakup, not because they have different feelings, but because they tend to keep everything bottled up and share less of their issues with others. This prolongs their guilt and eventually affects their mental and physical health, which is not a good practice. Guilt may manifest itself in various ways, including adultery or a failure to meet their family's expectations.

This occurred as a result of your fears, and it is a fairly frequent condition that, in extreme circumstances, may lead to family disintegration, partner fights, and even violence.

Like the other syndromes we've discussed, this is not a diagnosable condition; rather, it's a contextual condition that might make you feel estranged from your family. This condition is usually caused by drinking habits, excessive job load, or financial stress, and it is not beneficial for children or the family as a whole.

This is a problem that almost every couple, especially single parents, faces when they have a new child. It's all roses and flowers for a few days until the consequences of insufficient sleep and burnout start to kick in, and believe it or not, it can cause serious family problems.

It will not be a right or a problem-solving approach if we just look at the malicious father syndrome as one problem doesn't touch the other syndromes that can be a cause of this issue. We think it's only fair that we discuss the ways to fight these syndromes as well now that we know everything about the problem.

1. Don't keep things to yourself

This is one of the most common issues with men who refuse to share. Most men find that ghosting and unfriending someone is a better option than telling them everything that is going on in their lives. They are not entirely to blame because of the stigma of toxic masculinity, but you cannot use it as an excuse to cause yourself and your family harm.

Share your feelings with your partner, friends, or anyone else you can confide in; this might be a therapist or any other expert.

This can help with practically any mental health condition and certain physical concerns. It should be a must in current life to keep your mental health in check, relax and reflect on your ideas, and think clearly about the things you care about and how you can keep them from breaking apart.

Even if you are perfectly OK, doing meditation is quite beneficial. Don't hesitate to meditate, and a tranquil mind is preferable to one that is chaotic.

3. Don't hesitate in asking for help

Men's stubborn nature, especially after becoming fathers, forces them to be self-sufficient for their child, partner, and everything else in their lives. They don't like to delegate their responsibilities to others because they want to project themselves as a house superman who takes care of everyone.

You must understand that it is quite OK to prioritize yourself from time to time amidst all of this. It's OK if you enlist the support of family or a babysitter to give yourself a break from the burnout you've experienced. This will not only make you less irritable toward everything, but it will also allow you to devote more time to the things that count, which is beneficial to your family's well-being.

A lovely phrase basically states that if you have a problem and can fix it, why worry about it, and if you can't, fretting won't help. Malicious father syndrome is not a disease that can be diagnosed or treated, but it can be alleviated by adopting little but major lifestyle adjustments. Whether you're going through a divorce or not, you'll need to understand when it's vital to hang on to things and when it's best to let go for your own sake and the sake of others you care about.