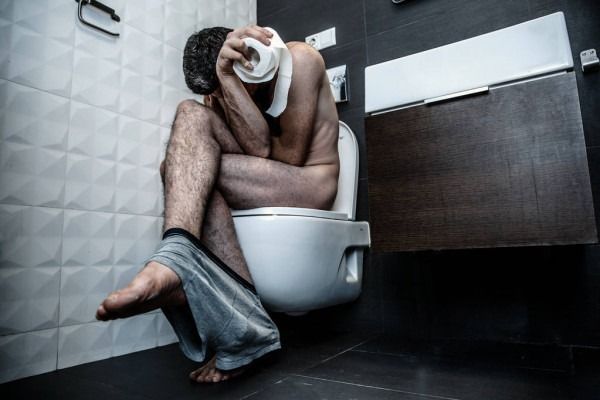 Which Is The Best Food For Upset Stomach?

Are you suffering from an upset stomach? Is this problem becoming frequent? Generally, when you have an upset stomach you often experience nausea, indigestion, vomiting, bloating, diarrhea or constipation. To avoid these circumstances, it is necessary to check which food you eat and how much you eat.

From the below-mentioned list, you can choose the best food for an upset stomach which works for you.

Whenever you are suffering from an upset stomach, the most common symptoms are nausea and vomiting. Under such circumstances, the best food is ginger, as it can help you relieve these symptoms within no time.

Ginger is effective and healthy in any form you take, be it raw, cooked, or steeped in hot water. This is the best food for an upset stomach, especially caused by morning sickness. Not only an upset stomach, but ginger is useful when a person is undergoing chemotherapy or surgery.

A growling or an upset stomach can also be caused due to motion sickness. Therefore, whenever you are traveling, it is better to keep ginger by your side. When ginger goes inside your body, it helps the nervous system take control of the upset stomach and relieves you from all the symptoms.

Be that as it may, it is necessary to take only a small amount of ginger otherwise it can cause heartburn and even diarrhea when taken in excess.

Chamomile has been used for centuries as a medicine for an upset stomach. It can be taken in the form of a tea as well as in the form of a supplement. It is known for relieving stomach problems such as indigestion, diarrhea, nausea, and vomiting.

According to one study, it was revealed that chamomile can also be used to relieve the feeling of vomiting when a person is going through chemotherapy. However, concrete research is still required in this area to prove the effectiveness of chamomile.

As mentioned earlier, chamomile can be used as a part of a supplement given to babies who are suffering from indigestion, gas, bloating, and diarrhea. Be that as it may, a supplement is also consisting of other herbs. Therefore, it becomes too difficult to know whether the results are due to chamomile or not.

According to research, it was revealed that peppermint can help relieve certain symptoms of an upset stomach. Peppermint can be consumed in the form of capsules which can help reduce pain, bloating, gas and diarrhea.

When peppermint goes inside your body, it helps to relax the muscles of your digestive intestines and also relieves you of the intestinal spasms which often cause pain and discomfort. However, concrete research is done only concerning the peppermint capsules. More research is required about peppermint tea or peppermint leaf.

Not only an upset stomach but peppermint can also be used to relieve people from the symptoms of Hiatal hernias, kidney stones, or any gallbladder disorders.

Sometimes an upset stomach can also be caused by excessive stomach ulcers present in the lining of its walls. Under such circumstances, licorice can be considered to be the best food for an upset stomach.

It can help in treating indigestion and also reduce the pain caused by stomach ulcers. Stomach ulcers are often caused by the excessive growth of bacteria called H. pylori, which often cause pain and discomfort. Licorice can be taken naturally or in the form of a supplement, which is called deglycyrrhizinated licorice (DGL).

According to studies, it was revealed that DGL can prevent the growth of this unhealthy bacteria and hence, reduce the growth of stomach ulcers.

However, according to research, it is deduced that it is better to consume licorice in the form of a supplement as it is devoid of glycyrrhizin, a chemical naturally found in licorice root. This chemical often causes an imbalance in the blood, high blood pressure and even causes your potassium to dip if it is consumed excessively.

Another reason for an upset stomach is acid reflux. Licorice can help people suffering from it and relieves them from their symptoms. It is an extremely soothing herb that helps in reducing inflammation which also causes an upset stomach.

Flaxseed can be consumed as a part of a meal or it can be consumed in the form of flaxseed oil. Both can help you treat an upset stomach. According to research, it was revealed that if a person suffering from constipation consume 4ml of flaxseed oil for two weeks consistently, he would experience better bowel movements and soft stool within no time.

You can even make flaxseed more interesting, by eating flaxseed muffins every day. Flaxseed muffins also have a significant impact on your bowel movements. Flaxseeds are also considered to improve stomach ulcers and help in reducing intestinal spasms.

These are the best foods for an upset stomach. Sometimes, an upset stomach can cause diarrhea and vomiting, which can easily cause dehydration. Not only that, but you also lose a lot of electrolytes in your body, which are generally used to maintain the fluid balance of your body as well as ensure the proper functioning of your nervous system.

The best sources for electrolytes can be water, fruit juice, coconut water, broths, and saltine crackers. They can help in treating mild to moderate dehydration.