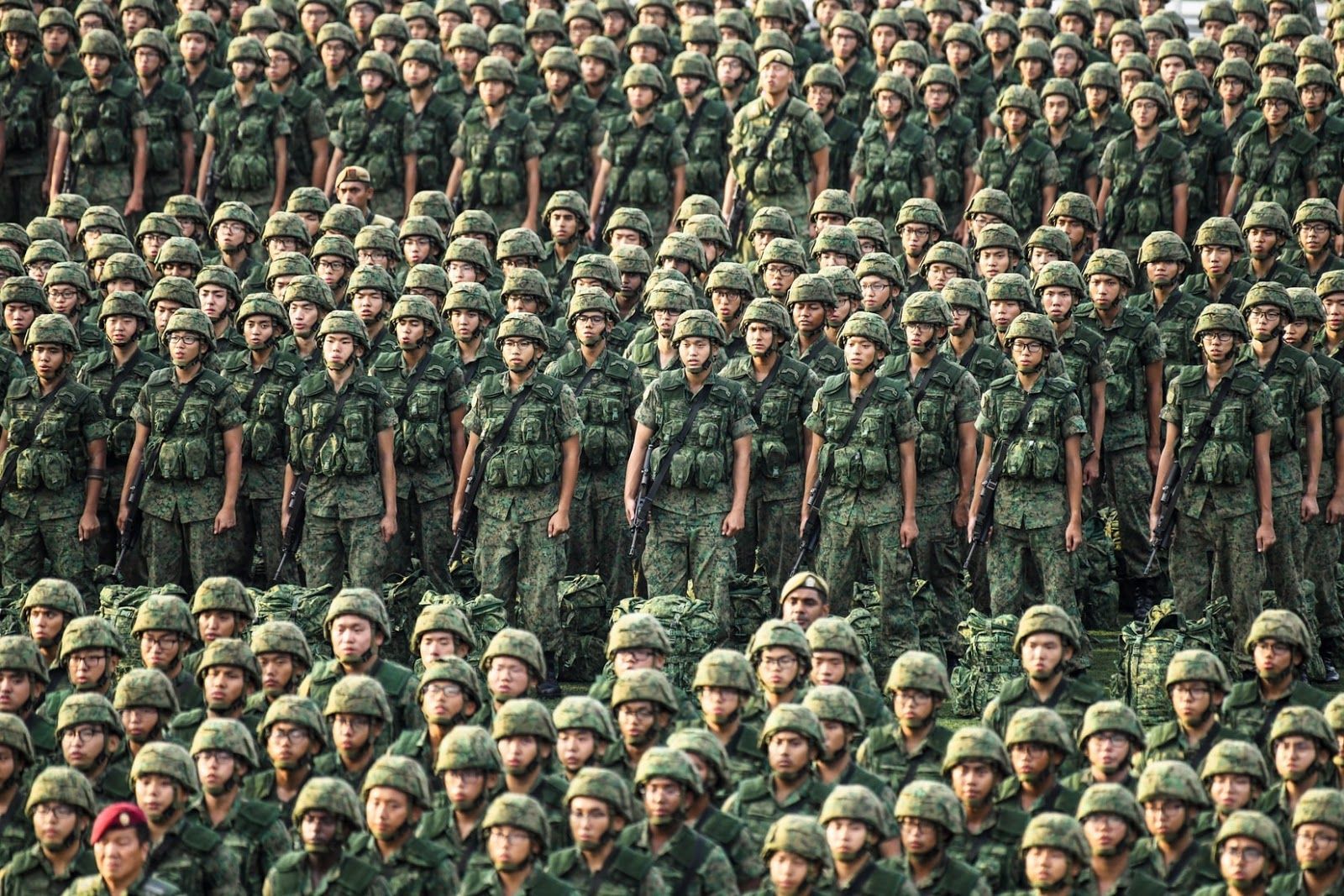 Making anything mandatory for young people does not encourage them to join the stated stand, but only ends up pushing them further away from it. With some rebellious and others unsure of what the future holds for them, being forced to make the choice about something like mandatory military service is not the most favored idea among the young. This is of course not to deny the presence of those young individuals who are open to the idea of serving their community, even at the cost of their personal wishes.

What is the Mandatory Military Service?

When countries face adverse situations, like that of a war, they sometimes make it necessary for their citizens to serve the country either in the military or in other ways. Seldom, conscription takes place in peace times as well. The earliest example recorded in history is that of the Qin Dynasty of ancient China from about the second century BCE. This had enabled them to conquer the whole of modern-day China, creating the earliest unified Chinese empire.

In ancient India, the sons born in the Kshatriya caste automatically joined the military as a part of the social system that existed at the time. A more recent example from history would be France at the time of the French Revolution in the 1790s. Post this, the World Wars also made France and the United States of America carry out mandatory conscriptions where young men were enlisted and sent out to fight the Axis powers.

There are countries today which have a system of mandatory military enlistment. Mandatory military service countries are- South Korea, North Korea, Eritrea, Switzerland, Israel, Syria, Georgia, Lithuania, Sweden, Turkey, Greece, Cyprus, Iran and Cuba. Each one of them has their different time lengths, the type of service and their severity, some are compulsory for all, but most of them are mandatory for men only.

1. Most of these mandatory military enlistments set the age roughly around 18 to 30-year-olds. This means that individuals have to take a break from their personal education and career paths to fulfil this duty that is expected of them. This can potentially affect their future prospects in terms of their income levels and standard of living.

2. Conscriptions can cause psychological stress to individuals, especially to those who do not have the aptitude for the military service.

3. Pressure on government resources with annual recruits, training them and providing them with the required equipment. These finances could be spent on other issues that a particular country or the world has to deal with. And this is not only in terms of financial resources but also in human resource.

1. If all individuals are required to enlist, then it affects all and the one who has to compete for a higher income, is who has had the same break in their education and career paths. Thus the reasoning of falling behind on income levels and standard of living does not hold true. Some studies show that there is no established relationship  between mandatory service and education and career.

2. Conscriptions today are less likely to be meant for actual war, but more so for community service. They are there to essentially build a sense of responsibility among the citizens and an awareness about their duties. It also brings a certain amount of discipline in the day to day life of the individual.

3. It encourages the integration of the classes. Adverse conditions where young individuals belonging to different family backgrounds and experiences, promote a sense of fraternity among the citizens of the country. This is not wasting of resources, but rather building consciousness and all-rounder individuals. It makes them empathetic and understanding of the needs of society. There are actually about 75 mandatory military enlistment countries around the world which have some form of mandatory service where all, at some level and are intended to encourage the idea of a dutiful citizen.

This is something that can be argued and both sides have strong points to back them up. For example, in countries like South Korea and North Korea, who are technically still at war with each other, they defend their conscriptions because of the constant threat of war. Though in the case of South Korea the mandatory military service does have certain exemptions and the services they enlist for also include the police which is less military-like and deals more with civic administration. In Switzerland, there are options to apply for enlistment in civilian service.

In the case of India, there is no mandatory military service as of yet. Even though the Indian Constitution does hold a provision of service to the nation as one of the Fundamental Duties of a Citizen, a need has never arisen that has encouraged the State to make such a law. Moreover, with the high salary, the perks and the respect, the Indian military has no scarcity of people willing to join them. Thirdly, the different governments of India prioritize the security of the country as much as its development but make sure that military and defense are not their only expenditure.

Why should we learn about conscription?

Other than the mental stress it may cause or the loss of months and years of productive life or aiding in developing responsible and dutiful citizens, we must look at another aspect of military conscription. This is that they are sexist and assume that all men are and all women aren’t inherently capable of military service. Most mandatory military services around the world are impositions on young men, and not on women.

With exceptions like Israel, others have made them only voluntary for women. They could argue that society expects other things from women (like family and motherhood) and thus pushing them for this would be expecting too much out of them. Therefore, it is mostly men of a country who are affected when mandatory military service is ever brought out, and maybe that’s why you should learn about conscription.