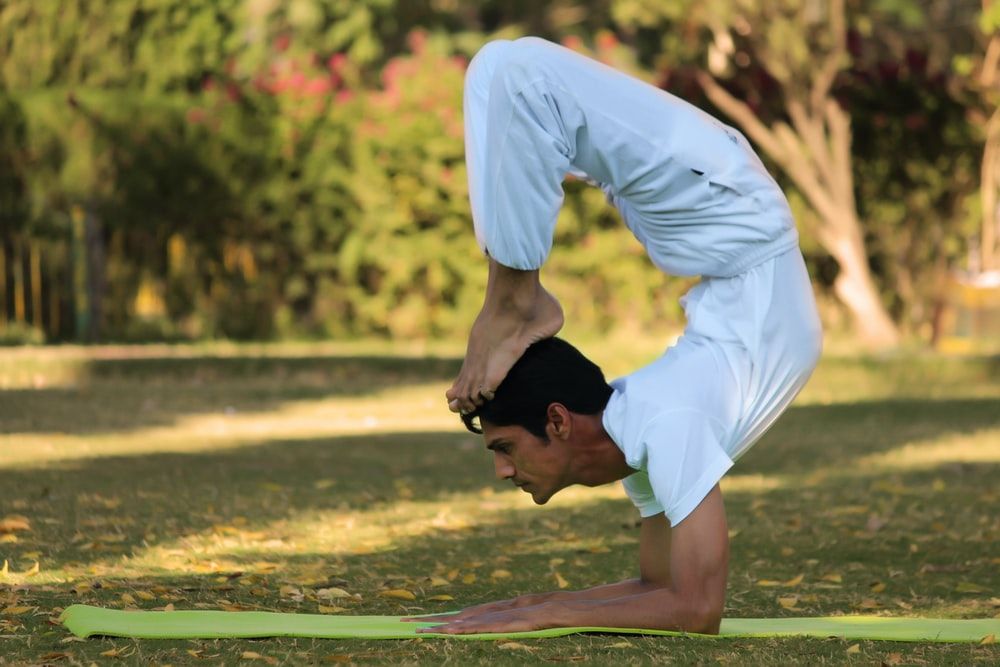 7 Myths About Yoga That You Should Know!

Yoga is an ancient fitness and wellness practice that originated in India. But, the powers of yoga aren’t limited to India. Yoga has made its mark in the American culture. A survey conducted by the Yoga Journal found out that there are about 36.7 million yoga practitioners in America.  However, even though yoga has made its way into the American culture and lifestyle, that doesn’t mean all the information about it is true.

To debunk myths about yoga, we should know it’s origin and etymology. Yoga comes from the word “Yuj” which means to join. Thus, yoga means joining the body and the soul. When all the elements of an individual cohesively, it reveals the true personality of the individual.

Yoga isn’t a passing fad or Instagram trend. It has been around for centuries and is also backed by science. Whether you are a new yoga practitioner or you’ve been in the steady practice for years, it’s likely that you’ve heard some of the common myths about yoga. In today’s article, we have debunked yoga myths and supplemented them with realistic explanations about the practice. Read on to know more about yoga myths.

Here are the common myths about Yoga you should know about:

1. You have to be flexible to do yoga

This is the most common myth about yoga and we have all heard it at some point. But, there is no logic behind this yoga myth and it is complete blasphemy. Saying that you have to be flexible to do yoga is like saying you need to be in shape to go to the gym.

Yes, there is a relationship between yoga and flexibility. However, flexibility isn’t a prerequisite to yoga. Instead, you develop flexibility when you start practising yoga steadily. Thus, flexibility is a result of yoga and not a requirement.

On Instagram you see yogis and fitness influencers contort their body into complicated asanas and think that yoga is only for those who are fit and flexible. But, this is wrong and a common yoga myth. From the physical perspective, yoga is more about mindful movement and finding your body’s natural flow and rhythm.

2. Yoga doesn’t count as a workout

Another common myth about yoga is that it doesn’t count as a workout. This results from America’s misconception that working out means spending hours at the gym. Yoga can be just an effective workout as going to the gym or swimming. The physical aspect of yoga was constructed to exhaust both the mind and the body so that it could be free of toxins and negativity. Yoga has a lot of complex asanas that help to tone your body and even shed fat in the long run. Therefore, an effective yoga routine can be just as good as burning calories in the gym.

3. Yoga is for the thin and young

This is one of the most common myths about yoga and is completely wrong. This yoga myth stems from America’s image of thin, young, and beautiful women on marketing and advertising posters selling yoga. While such marketing can contribute to an increased interest in yoga, it leads to misinterpretation of the true sense of yoga.

Yoga is for everyone. You don’t need to be thin or young to practice yoga. Yoga can be beneficial for all ages. Thus, young and thin misconceptions are just wrong. Yoga is a welcoming and inclusive practice that stands for a union. In fact, according to a 2016 Yoga survey, only 19 percent of yoga students fell in the age bracket of 18-29 with the vast majority of yoga practitioners falling in the age category of above 30 years of age.

4. Yoga is all about stretching

A popular yoga myth that contributes to desensitizing aspiring practitioners about the practice is that yoga is just about stretching. Yes, a typical yoga routine does include a lot of yoga asanas that require you to stretch, but there’s more to yoga than stretching. In fact, the physical element of yoga is just a part of the bigger picture. With yoga, you gain strength, prevent injury, strengthen your immune and reflex system, decrease tension, increase range of motion, improve posture, etc. The main goal of yoga is to move your body and connect your senses with your mind.

5. Yoga will instantly make you happy

A common yoga myth people have while going into the steady practice of yoga is that it will instantly make you a calmer and even happier version of yourself. While this can be true for some, it’s not true for everyone. Yoga does help people overcome mental negativity by rewiring the mind but it takes time. You won’t see results in a day or even a week or month of steady practice.

If you really want to transform through yoga, you have to be patient and accept all the ups and downs that come with it. The practice of yoga isn’t a smooth sailing road. It is bumpy and once you overcome all the obstacles it throws at you, you will be truly happy.

To be fair, yoga can be easy and difficult at the same time. But, believing that the practice and discipline of yoga is “too” easy is flat-out wrong and a myth about yoga. Yes, there are some asanas and poses that are really simple to do, but that doesn’t mean the entire discipline is easy. There are advanced level asanas and beginner level asanas. So, the difficulty level of yoga depends on which stage you are at in your yoga journey.

This might be the most baseless and illogical myth about yoga. While yoga is predominantly more popular among women, the trend has shifted drastically in the last few decades. In fact, yoga was started by men. And, historically speaking, some of the most important yogis have been men.  If you think that yoga isn’t “manly”, then there’s something wrong with the way you think. Yoga can give you a certain type of peace and discipline that other forms of “masculine” workouts cannot.

In the end, if you really want to practice yoga, these myths about yoga shouldn’t stop you from starting your journey. Yoga can tone your body and bring you peace and happiness if done right. Thus, don’t let these yoga myths come in your way.