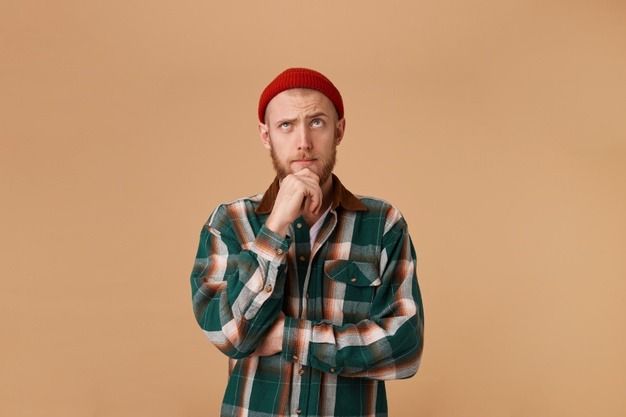 Are You Always Forgetting Stuff? 8 Natural Ways To Improve Memory!

We are sure there would have been ample times when you forgot about doing something or some important work keeps waiting on your list because of your forgetfulness. In these moments, you would have certainly wished that you had better memory and you could improve memory which will help you to remember things better.

We know having a poor memory can be frustrating. Being forgetful once in a while is a normal occurrence, but when it starts becoming a habit, it can hamper a lot of other things in your life and your daily activities and routine. These memory issues can even turn into graver diseases like Alzheimer’s disease, however, such conditions largely depend on your genetics.

You might not know but the human brain has a surprising ability to adapt and change, it just requires the right stimulation. Your brain has the power to form new neural pathways, adapt to new changes and alter existing connections as well. This ability of the brain can be used to enhance your ability to learn new things and improve your memory at any age.

How can you Improve your Memory

Well, now that you know improving memory is not an impossible task to achieve, let us get ourselves working on it. We have listed for you some of the best natural ways to improve your memory below.

While you might be indulging your brain in different types of exercises and training, you cannot skip the physical exercise. Exercise reduces the stress hormones in the body and stimulates the release of important brain chemicals. Plus, it increases the supply of oxygen to your body (including your brain) and reduces the risk of diseases like diabetes or cardiovascular disease, which can lead to memory loss as well.

If you’re confused about what kind of physical exercise you can do for the brain, well, in general, anything that works for your heart is also good for your brain. Also, aerobic exercises are particularly good for the brain, or exercises that require hand-eye connection or complex motor skills would also do good. A simple short walk or some jumping jacks are also enough to exercise your brain.

Meditation is one thing that can bring a lot of positive changes in your body, it can reboot your brain as well as calm your mind’s chaos. Meditation has been suggested to lower blood pressure levels, reduce stress as well as enhance your memory. Meditation can increase the amount of grey matter in our brains, which contains neuron cell bodies. This way, meditation can help improve short-term memory in people of all ages, from 20-year-olds to oldies as well.

Short-term memories are strengthened and transformed into long-lasting memories during sleep, and hence, sleep plays a very important role in the consolidation of your memory. Studies have also suggested that good sleep promotes good memory. Health experts generally recommend between seven and nine hours of sleep every night for adults.

4. Cut Down on that Added Sugar

Excess of added sugar can be a cause for a lot of problems in the body, including cognitive decline. More sugar in your diet can lead to a reduction in brain volume as well as a poor memory. A study also suggested that people with higher consumption of sugary beverages have poorer memories as compared to people who consume fewer amounts of sugar. So, pals, it is time to cut down on that extra sugar and control your sugar cravings. Believe us, it will benefit you in a lot of other ways as well, apart from improvement in your memory.

5. Low levels of Vitamin D can also cause Problems for your Memory

Studies have suggested a link between the levels of Vitamin D in the body and the brain’s power to retain things. People with blood levels of Vitamin D less than 20 nanograms per ml were found to lose their memory and cognitive abilities faster than those with normal Vitamin D levels. Low Vitamin D levels also carry with them a potential risk of developing dementia. Since Vitamin D deficiency is very common, especially in colder climates, we would recommend you to get your levels checked and whether you need Vitamin D supplements.

6. Structure and Organize your Work

A poor memory becomes quite problematic when you’re a student. You learn things, but you forget them the next day. Structuring and organizing all the material that you’re studying can be one helpful way. Make outlines on your notebooks and textbooks, use mnemonic devices, come up with creative ideas to make your brain remember information. Believe us, studying and learning can be a lot more productive as well as fun using these simple methods and techniques.

7. Don’t Exclude Cocoa from your Diet

Cocoa is rich in a lot of antioxidants called flavonoids that are beneficial for our brain. They help increase the flow of blood in the areas of the brain involved with memory and also stimulate the growth of blood vessels and neurons. A study conducted on 30 healthy people revealed that people who consumed dark chocolate (that contains 720 mg of cocoa flavonoids) showed better memory results as compared to those who consumed white chocolate (without cocoa flavonoids).

8. Fish Oil Supplements can be Beneficial

The fatty acids contained in fish oil have been shown to reduce the risk of heart diseases, reduce inflammation, stress and also slow down mental decline. There have been studies to support the benefits of fish oil in improving memory, especially in older people.

Therefore, you can give fish oil supplements a try. We hope these ways to improve memory help you in tackling your memory-related problems and successfully enhance your retaining powers. Do try them out. Train your brain and put it to work, while also giving it the rest it requires. Keep your brain as well as your body fit and strong. After all, a healthy mind resides in a healthy body!