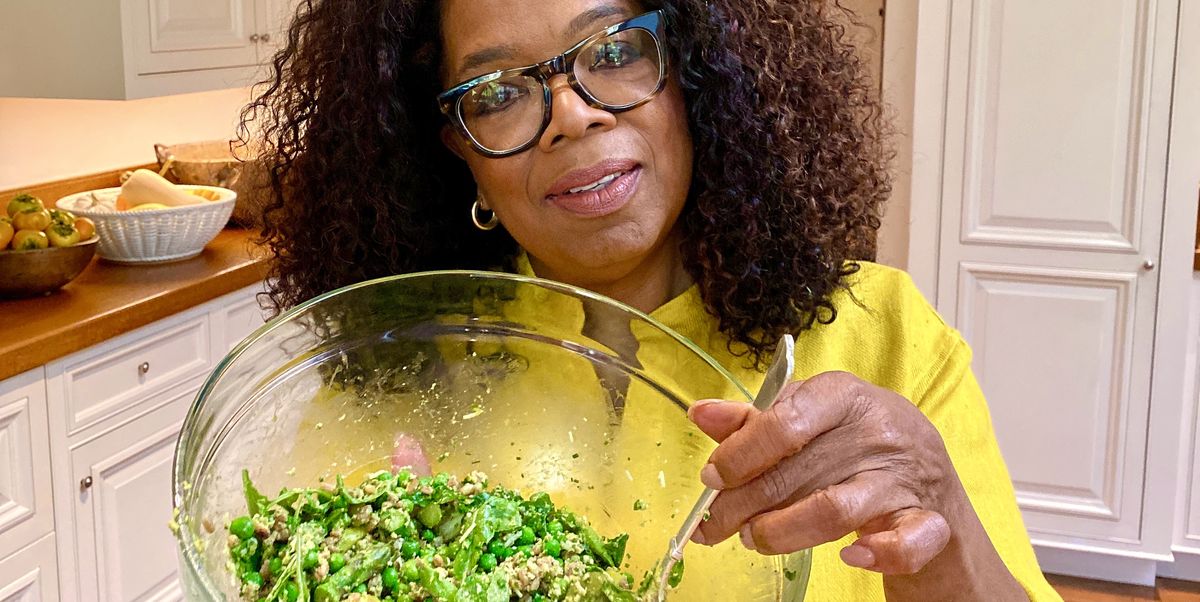 Follow This Oprah Diet To Lose Pounds Without Compromising The Taste

Oprah’s willingness to discuss her weight and diet goals are just one of the reasons many find her so relatable. So what does Oprah eat and is it as relatable and inspiring as we’re guessing it probably is? Contrary to your thoughts, Oprah’s diet isn’t that boring. Keep reading to know everything about the Oprah diet.

Oprah Winfrey eats plenty of fruits she considers them to be good fuel for the body saying on her website that she is quoted passionate about breakfast listing some of the fruits she chooses to start her day with her favorites include strawberries passion fruits like blueberries and raspberries which have been shown to not only be diet-friendly foods but can also work as preventive medicines.

People who eat an average of eight or more servings of fruit and vegetables each day have a significantly reduced risk of having a heart attack or stroke citrus fruits are especially beneficial. Other health benefits of eating a lot of fruit include a reduced risk of heart disease, lower blood pressure, and lower risks of other illnesses including diabetes and digestive issues, no doubt these form a crucial part of Oprah’s diet.

Oprah says that her bread preference is multigrain and double toasted bread which is often viewed as a high carb food that should be avoided when you’re trying to lose weight but a little bread won’t hurt you. That there are a lot of foods we think of as healthy like apples and soy milk that have even more carbs than a slice of bread.

Oprah is a big fan of seafood telling today seafood is your friend her favorite fish is barramundi which is not readily available in the US so she often substitutes it with the more common Cod. Also on her list of go-to fish are salmon and Chilean sea bass although she says she doesn’t eat them as often as they are higher in fat than other seafood.

She frequently eats shrimp which may seem like a decadent indulgence but there’s a good reason for Oprah to include shrimp in her diet although many people think that shrimp is unhealthy because their cholesterol content is higher than some other seafood choices.

They’re much healthier than you might think since it’s still low in saturated fat and total fat as long as you’re not eating it fried or with the heavy sauce shrimp is a pretty healthy choice and always a smarter choice than a greasy burger pasta is another delicious food that people tend to avoid when they are trying to eat healthy but Oprah finds healthy ways of incorporating it into her diet.

Oprah loves her pasta and has a brilliant and sneaky way of making herself think she’s eating more of it. Squash and zucchini pasta are alternatives that are often used when people are cutting back on carbs, but there is a difference in taste and texture between a squash and actual pasta to get around those differences Oprah adds something extra to her spaghetti squash.

She mixes a bit of real pasta with the veggie pasta. This mixture still provides a healthier alternative to pure pasta but it also tastes more like the real deal than plain spaghetti squash. Oprah’s mix and switch alternative isn’t just reserved for pasta she also uses a similar technique on mashed potatoes. Potatoes are full of carbs meaning that though they are delicious they aren’t usually the healthiest option for those looking to cut back.

Oprah takes advantage of all the nutrients and veggies by eating plenty of them and grows her own in her garden so she can always have fresh produce on hand. She sometimes ends up with more than she needs which is when she spreads the wealth by distributing the extras to her lucky neighbors.

Oprah is nuts about nuts incorporating lots of them into her daily diet. In 2007, she kept a food diary for seven days which she shared on her website. Over a week she ate nuts most days finding creative ways of working them into her meals. On the first day she had a handful of almonds with her breakfast.

On day two, she topped off her mid-morning snack of yogurt with some chopped almonds. In the following days, she munched on walnuts, had some almonds with her breakfast and cashews as a snack, and opted for some trail mix at dinner which likely had nuts in it. Oprah Winfrey says that healthy eating doesn’t have to be boring in fact if you’re doing it right it shouldn’t be boring at all. We often associate healthy eating and diets with sacrifice and assume that we have to give up things we love. This is why typical diets don’t usually work in the long run.

The solution is to eat what you want in moderation and to allow yourself to indulge once in a while, a theory that many of us including Oprah can get behind. Even Oprah lets loose at least once a year. Try this Oprah diet and see if it does wonders for you.