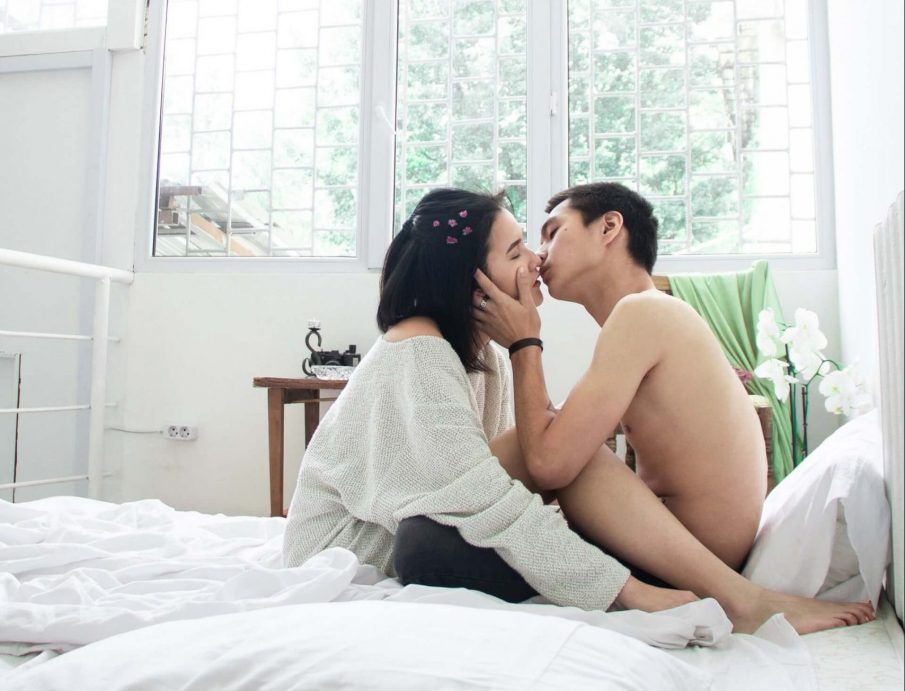 What’s Up With Relationships And Sexual Bases?

We all have been familiar with the phrases such as, ‘I hit the home run yesterday’, or perhaps, ‘We still haven’t reached the first base yet’. These phrases are often used as baseball lingo, however, more often than not, they have become one of the popular sexual bases or stages of the relationship.

The bases of making out have been divided into four categories, namely, the first base, second base, third base, and the home run. The first base is where a couple usually kisses and makes out frequently. Next, the second base is where one of the partners, or probably both of them, might touch each other’s body parts, for example, chest, face, etc.

The third base is where one partner or both the partners get a feel of the other’s genitals through their hands. And homerun is basically and finally having sex with each other. Although this jargon might sound bizarre to determine a stage of sexual relationship, it is what is and people do use it often.

So, let’s understand each stage in detail.

In the game, you need to arrive at first base to mark the beginning of an eventual scoring play. However, you can only arrive at the first base, once you walk along the base path. In a sexual relationship, the first base means simply kissing each other.

More often than not, this stage is often considered to be disappointing and boring for guys, especially when it is compared to the sexual intercourse between the couple. The several ways of reaching the first base in a sexual relationship can be pecking or even French kissing.

This means that a couple who was simply kissing turns the relationship extremely passionate and hot in the second base. More often than not, the second base is marked when men touch the breasts of their female partners and caress them.

Also Read: What Is The Sexual Response Cycle

On the contrary, for the female partners, it could generally mean above and lower the waist for men. It could be marked when female partners gently caress the chest of their male partners or even grope their butts.

Generally, in baseball, getting to third base seems quite improbable than complete home runs. However, in a sexual relationship, the term third base has often been misunderstood and confusing.

In baseball, as is quite obvious, the home base is finally winning and achieving the object of the game. In the sexual relationship, home base or home run is finally indulging into sexual intercourse. Score! You can assume a couple must have reached the home base after completing all the above-mentioned bases including kissing, groping, touching, etc.

Absolutely! More often than not, these interpretations differ when it comes to second and third bases. As mentioned earlier, there are a lot of different interpretations of these bases and generally, they coincide with each other.

In addition to this, when it comes to first base, people don’t think they have arrived at it unless and until they use their tongues. Secondly, for some people, oral sex is a part of the home base and not the third base.

Is it Okay to Associate the Stages of Relationship with a Game?

In this fast-paced materialistic world, everybody is running short of making real relationships and forming strong and everlasting bonds. All people want is to quench their short-term desires. This makes one realize that sex, which was once considered to be an extremely powerful activity of strengthening and even spiritualizing a bond, has now become hollow.

This hollowness can be implied by the words and phrases people use every day associated with it. One example is the overly used bases in sex and categorizing them in these terms. This categorization may have initially begun as a way of codifying the activities and making the process easier to understand. However, in recent years, these terms have allowed people to make sex parallel to a game. This is often observed when a man or even a woman has only one object getting into a relationship and that is reaching the home base.

In addition to that, it allows people to completely debar the relationship from growing emotionally and making it more narrow and weak. Therefore, as mentioned earlier, it robs off the people from experiencing real emotions and, demarcating themselves from experiencing the feeling of real vulnerability with one another. This often gives rise to toxic masculinity, questioning the character of females and most importantly, ruining the way people view sex. Sex is one of the natural human processes which is required for the continuity of the human species. It is not a game and should not be taken just to prove your worth. More often than not, people often condescend to others for not having sexual intercourse with their partners.

Every relationship has its journey to cover. Therefore, it should not be taken as a game to win, rather a path to slowly tread with your partner without worrying about the notion of masculinity. This does not necessarily mean that you need to repress your sexual desires and wishes. All you need to do is talk openly with your partner and see if he or she is feeling the same. A lot of problems remain unsolved due to a lack of communication. Therefore, it’s time to stop thinking about these sexual bases and focus more on building long-term deep relationships with your partner. Do not entrench yourself in this hollow culture of random hook-ups. Your life has more meaning to it than this hollowness!